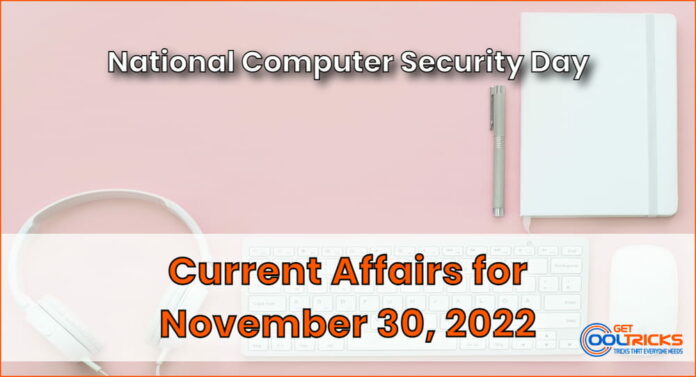 National Computer Security Day demands our attention every November 30 because cyber security affects everything from where we bank and how we spend our money to who we elect to public office.

Govt Launches Scheme for Procurement of Aggregate Power of 4500 MW

The Ministry of Power has launched a scheme for the procurement of aggregate power of 4500 MW for five years under SHAKTI Policy. The Ministry said that the scheme will help states that are facing power shortages and help generation plants to increase their capacities.

Famous Volcanoes in the World

The Reserve Bank of India (RBI) announced a trial for retail digital rupee (e ₹-R) beginning 1 December, with four banks in as many cities participating in the pilot programme, a month after testing the wholesale central bank digital currency (CBDC).

Vistara to Merge With Air India by 2024

Singapore Airlines (SIA) and Tata Sons announced that they have agreed to merge Air India and Vistara, with SIA getting a 25.1 per cent stake in the merged entity at an investment of Rs 2,058.5 crore ($250 million) in Air India as part of the transaction.