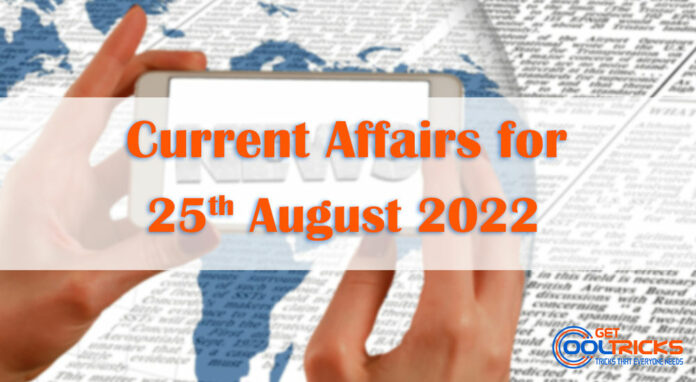 1. Putin orders an increase in the size of Russian armed forces amid the Ukraine war

Russian President Vladimir Putin signed a decree on Thursday ordering an increase in the overall size of the country’s armed forces to over 2 million amid the ongoing war in Ukraine. The increase includes a boost of 1,37,000 troops and is set to take effect on January 1, 2023. Putin has reportedly instructed the government to assign the corresponding budget

2. After Estonia, Poland dismantles the Soviet-era structure amid the Ukraine war

Poland on Wednesday began dismantling a Soviet-era memorial to Red Army soldiers in Brzeg. The removal of the monument coincided with Ukraine’s Independence Day, August 24, which also marked the sixth-month anniversary of the Russian invasion of Ukraine. Notably, the action also came days after Estonia removed a Soviet-era monument with a tank on top outside the town of Narva.

A 100-foot-wide asteroid is expected to pass past the Earth on August 28, NASA said. There’s, however, a chance that the asteroid might deviate from its path and move toward the Earth due to its gravitational pull. In case, it strikes the planet, it would not only flatten tens of kilometers of the land but would also cause earthquakes and tsunamis.

NASA’s TESS space telescope has discovered a ‘Water World’ exoplanet nearly 100 light-years away from Earth. Named TOI-1452b, the exoplanet that orbits a star four times smaller than Sun was discovered two years ago and is covered in deep oceans. “We’ve to see if that much water can survive for…long time on planets in…habitable zone,” a researcher said.

President Droupadi Murmu on Thursday addressed 175 IAS officers of the 2020 batch at the Rashtrapati Bhavan. Murmu said civil servants should try to reach underprivileged people, adding that they should be sensitive to the people they are duty-bound to serve. “Bharatamev Kutumbakam” (all India is my family) should be integral to the ethos of civil servants, the President said

India on Thursday rejected China’s objection to an Indo-US military exercise in Uttarakhand in October. India’s reaction came after China’s defense ministry, referring to the planned exercise, said it was firmly opposed to any third party “meddling” in the border issue.

A 16-month-old toddler named Rishant from Delhi has served a noble cause far beyond his age. He has become the youngest organ donor, offering a fresh lease of life to two patients.

Union Home Minister Amit Shah on Thursday chaired a high-level meeting to review the security situation in Jammu and Kashmir.

11. Hong kong qualifies for Asia cup 2022, to meet India and Pakistan in Group A