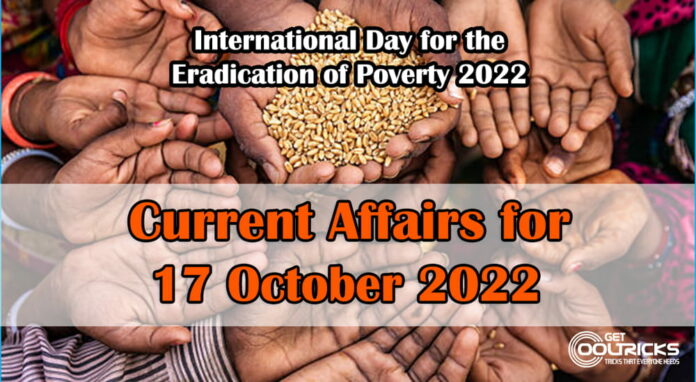 International Day for the Eradication of Poverty 2022

India Stands 3rd in the World in Fish Production

Japanese cabinet ministers on Oct 14 approved the scrapping of a law that stipulates women pregnant at the time of a divorce must wait 100 days before marrying again. The law, in place for more than a century, does not apply to men and was originally intended as a way to aid the identification of the father who is financially responsible for a newborn baby.

UAE’s Aayan Khan, the 16-year-old all-rounder, is the youngest player to feature in the men’s T20 World Cup. He was picked in the UAE XI for the team’s first match of the T20 World Cup against the Netherlands at the Simonds Stadium in Geelong.