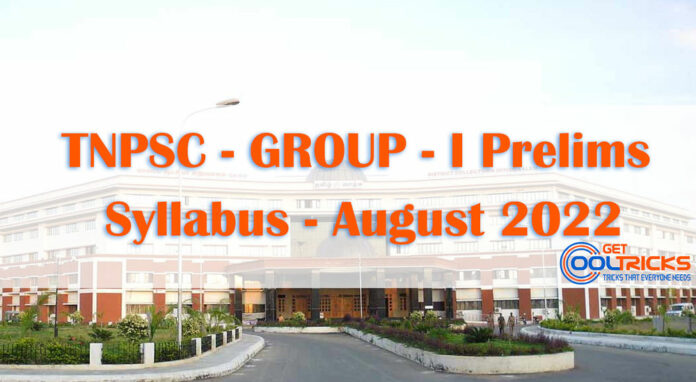 (i) Scientific Knowledge and Scientific temper – Power of Reasoning – Rote Learning Vs Conceptual Learning – Science as a tool to understand the past, present and future.

(i) History – Latest diary of events – National symbols – Profile of States – Eminent personalities and places in the news – Sports – Books and authors.

(ii) Change and Continuity in the Socio-Cultural History of India.

(a) Significance as a Secular literature

(b) Relevance to Everyday Life

(c) Impact of Thirukkural on Humanity

(iv) Evolution of 19th and 20th Century Socio-Political movements in Tamil Nadu – Justice Party, Growth of Rationalism – Self Respect Movement, Dravidian movement and Principles underlying both these movements, the Contributions of Thanthai Periyar and Perarignar Anna.

(i) Human Development Indicators in Tamil Nadu and a comparative assessment across the Country – Impact of Social Reform movements in the Socio-Economic Development of Tamil Nadu.

(ii) Political parties and Welfare schemes for various sections of people – Rationale behind Reservation Policy and access to Social Resources – Economic trends in Tamil Nadu – Role and impact of social welfare schemes on the Socio-economic development of Tamil Nadu.

(iii) Social Justice and Social Harmony as the Cornerstones of Socio-Economic development.

(v) Geography of Tamil Nadu and its impact on Economic growth.

How to save any document to PDF in Microsoft Office

Important Indian Rivers and their Origins