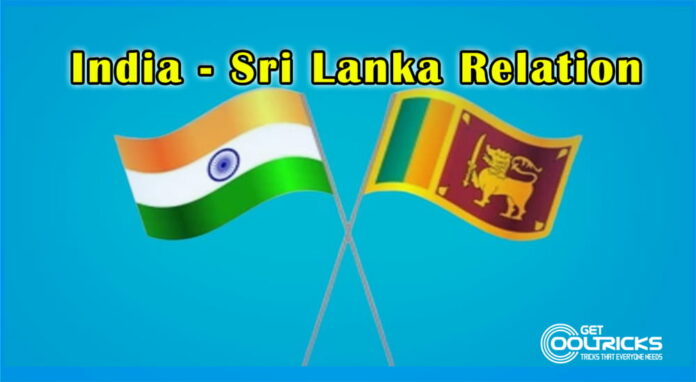 • Geopolitical Significance: Sri Lanka’s location in the Indian Ocean region as an island State has been of strategic geopolitical relevance to India’s maritime interests in the region

• Cultural & Educational Relations: Both countries share long and historical cultural ties with Buddhism as the common link. Apart from this the cultural cooperation agreement1977 also serves as the basis for periodic cultural exchange programs.

• Economic & Commercial ties: Sri Lanka has long been a priority destination for FDI and Sri Lanka is one of India’s largest trading partners among the SAARC countries.â¯India in turn is Sri Lanka’s largest trade partner globally.

• For enhanced cooperation at multilateral forums: Sri Lanka and India both share the membership of multi-lateral regional groupings like BIMSTEC and SAARC etc.

• Maritime interests: it is important for the coast guards of the two countries to establish the safety and security of the Indian Ocean region.

• Sri Lanka has long been a priority destination for direct investment from India. Sri Lanka is one of India’s largest trading partners in SAARC (South Asian Association of Regional Cooperation). Trade between the two countries grew particularly rapidly after the entry into force of the India-Sri Lanka Free Trade Agreement in March 2000. According to Sri Lankan Customs, bilateral trade in 2018 amounted to US $ 4.93 billion.

• India is one of the largest investors in Sri Lanka with cumulative investments of around USD 1.239 billion.

Background of Sri Lanka and the History of the Civil War