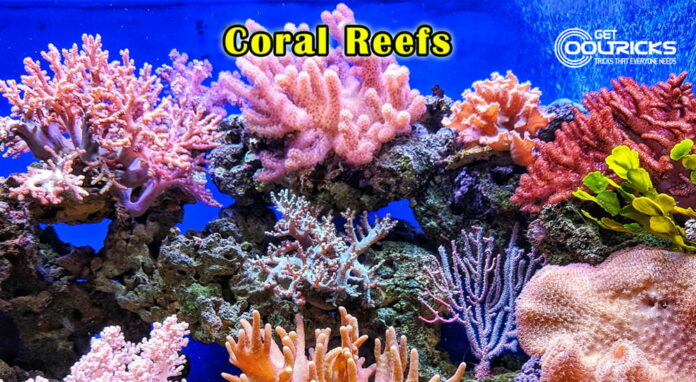 Various global and regional initiatives exist around the world, focused on different aspects of research, information-sharing, conservation, and management related to coral reefs. These initiatives support countries in their efforts to achieve the Aichi Biodiversity Targets and Sustainable Development Goals.

As many as 10 per cent of coral reefs have degraded; another 30 per cent are likely to disappear within the next 20 years across the globe. According to biologists, if proper conservation and management measures are not taken, all coral reefs of the Indo-Malayan region may disappear in the next 40 years.

An integrated coastal management plan is the need of the hour for the effective management of coral reefs. An act to protect them from man-made activities is needed.

Pollution caused by domestic sewage, industrial wastes, chemicals, and fertilizers should be restricted. Anchoring of boats in the areas where coral reef areas are present should be banned.

Mangrove forests play a crucial role in helping the coral reef system by acting as filters and providing protection from cyclones, storms, and tsunamis. Destruction of mangrove forests in the reef areas should be prohibited. Planting of mangrove species in reef areas can be undertaken with the involvement and support of the local community.