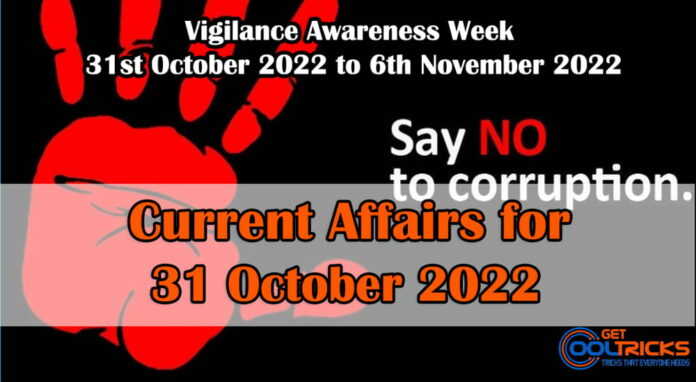 The Reserve Bank has revoked the certificate of authorisation of Chennai-based GI Technology Private Limited over governance concerns in the company. The company is in the business of issuance and operation of prepaid payment instruments.

BPCL recognised as the country’s most sustainable oil & gas company

Bharat Petroleum Corporation Limited (BPCL), ‘Maharatna’ and a Fortune Global 500 Company has once again achieved the No.1 rank in the Indian oil and gas sector for its sustainability performance in the 2022 edition of the S&P Dow Jones Sustainability Indices (DJSI) Corporate Sustainability Assessment (CSA) rankings.

US New National Security Strategy Has Been Released