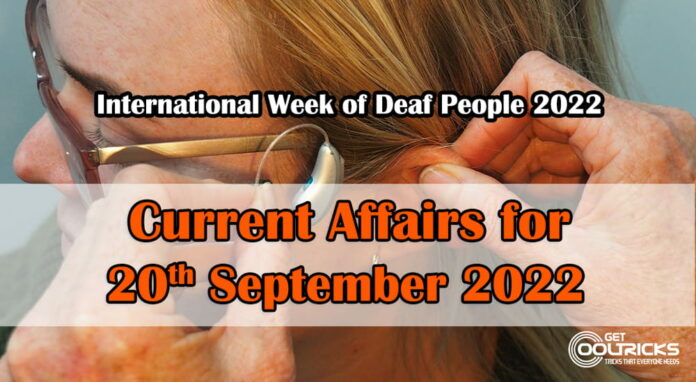 Maharashtra’s Daulatabad Fort to be renamed as ‘Devgiri’ Fort

Maharashtra Tourism Ministry has decided to rename the Daulatabad fort to Devgiri which is located near Aurangabad. This decision comes after Shiv Sena Chief Uddhav Thackeray. It is a national heritage monument, which is maintained by the Archeological Survey of India (ASI). Previously Maharashtra’s former Chief Minister Uddhav Thackeray was renamed Aurangabad Sambhajinagar.

Farmers in the Union Territory of Jammu and Kashmir are now able to sell their products on domestic and international marketplaces thanks to the GI labelling of Kashmiri saffron.

The Manipur Chief Minister N. Biren Singh at Imphal launched a web facility to gather complaints and concerns from the general public. The web portal is called “CM Da Haisi,” which translates to “to inform the CM,” and the public can express their complaints there by visiting www.cmdahaisi.mn.gov.in. The status of the complaints may also be checked by the complainants.

The US Agency for International Development and UNICEF launched the Doordarshan and YouTube series titled “Door Se Namaste” at a function held in New Delhi.

A theatrical film on Duur Se Namaste was screened at the event, taking the audience through the main story, and showing how the messages of vaccine promotion and COVID-19 Appropriate Behaviour (CAB) have been interwoven in the entertainment education series.

About the Door Se Namaste series

ENC Yachting Championship was conducted by INWTC, INS Circus under the aegis of HQENC at Vishakhapatnam. Prize distribution and closing ceremony were facilitated by the Chief Guest, Cmde Sumantra Haza.