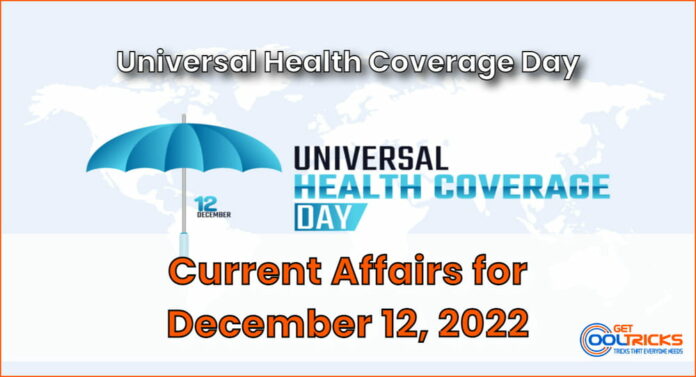 The purpose behind celebrating the day is to spread awareness of the need for strong and resilient health systems and universal health coverage with multi-stakeholder partners.

The total amount of carbon emission from the farm, located at Thuruthu in Aluva, in the last year was 43 tons but its overall procurement was 213 tons. Compared to the emission rate, as many as 170 tons of more carbon have been procured at the farm, which helped it to be declared as the first carbon-neutral seed farm in the country.

Universal Health Coverage Day is celebrated every year to commemorate the significance of Universal health coverage which aims to ensure quality healthcare closer to the people without any financial hardships.

Hindustan Unilever’s (HUL) acquisition of two digital-first brands — OZiva and Wellbeing Nutrition — is in line with the premiumisation trend with an increasing number of FMCG players foraying into the high-growth wellness and nutrition category, which has gained prominence amongst consumers in the post-pandemic world.