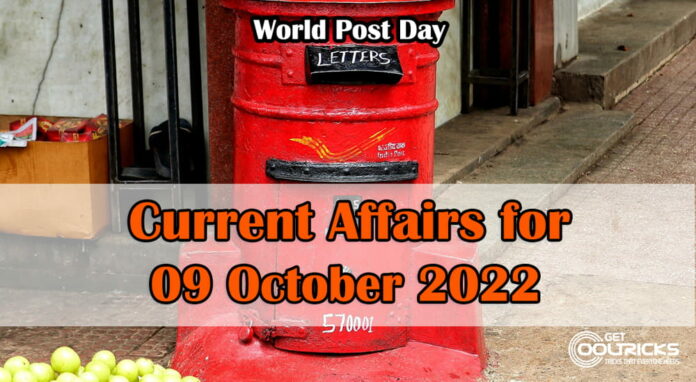 Postal services have helped change how people communicate with one another in drastic ways. World Post Day on October 9, is here to remind people of how postal services became easier for everyone when countries all over the world finally came to an agreement that would change everything about how mail is processed.

A fuel tank explosion caused the partial collapse of the Kerch Bridge, which connects Russia with Crimea.

The Kerch Strait is situated in Eastern Europe. This waterway connects the Black Sea and the smaller Sea of Azov. It separates the Kerch Peninsula in Crimea from the Taman Peninsula in Russia. The strait is named after the Crimean city of Kerch.

India is among the highest contributors of troops to the UNPKF, and has lost 179 soldiers in the past six decades, the highest fatality suffered by any country among “blue helmets”, and has been demanding a greater say in the decision making on U.N. peacekeeping missions.
Troop- and police-contributing countries need to be very much in the loop and involved in the process of making decisions on peacekeeping, and we have been making a lot of efforts to improve the geographical diversity of nations providing the forces.

The US Government recently imposed FDPR to limit China’s access to advanced computer chips and chip-making equipment, which are used for military modernization and development of weapons of mass destruction.

The Middle East and North Africa (MENA) region is the fastest growing cryptocurrencies market in the world.
The 2022 Global Crypto Adoption Index released by the blockchain researcher Chainalysis revealed that the Middle East and the North Africa (MENA) region witnessed 48 per cent increase in the volume of cryptocurrency received – the highest in the world.