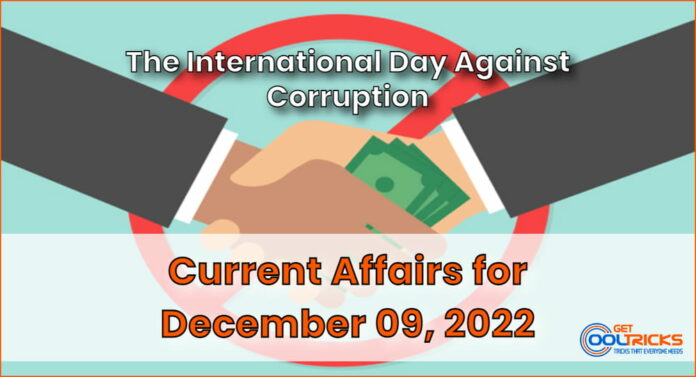 The Indian Space Research Organisation (ISRO) has signed a memorandum of understanding (MoU) with incubator and accelerator Social Alpha, to launch the SpaceTech Innovation Network (SpIN), focused on innovation curation and venture development for the space domain.

Opening Ceremony of International Year of Millets 2023 Held in Rome

The Food and Agriculture Organization (FAO) of the United Nations, organized an opening ceremony for the International Year of Millets – 2023 (IYM2023) in Rome, Italy. An Indian delegation led by Sushri Shobha Karandlaje, Minister of State, Agriculture & Farmers Welfare was present at the opening ceremony.

The United Nations Convention on Biological Diversity also called as Conference of Parties (COP-15) commenced in Montreal, Canada on 7 December 2022. The two-weeklong conference (7-19 December 2022) was originally scheduled to be held in Kunming, China in October but was shifted to Montreal, Canada due to covid situation in China.