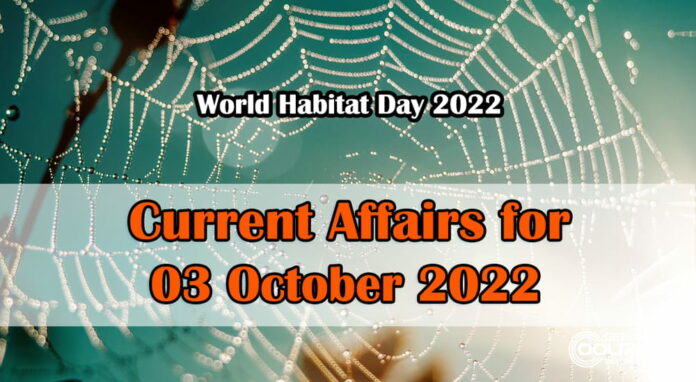 The Central Bureau of Investigation (CBI) has launched a multi-phase ‘Operation Garuda’. Operation Garuda will help to disrupt, degrade, and dismantle networks with international linkages through the rapid exchange of criminal intelligence on drug trafficking and coordinated law enforcement action across international jurisdictions through Interpol.

Mahindra World City in Chennai, Taiwan’s Pegatron became the third Apple supplier to establish a production facility in India. It will put about Rs 1,100 crore into the facility, which might lead to the creation of 14,000 employees. The other two Apple suppliers with facilities in India are the Taiwanese companies Foxconn and Wistron.

Sunil Barthwal take charges as Secretary in Department of Commerce

Senior IAS officer, Sunil Barthwal assumed charge as the commerce secretary. Barthwal, a 1989-batch officer of the Bihar cadre, previously served as the labour and employment secretary. He replaced Subrahmanyam, a 1987-batch IAS officer of the Chhattisgarh cadre, who was appointed as chairman and managing director, of the India Trade Promotion Organisation on a contract basis for a period of two years following his superannuation.

The rules and regulations for online payments for debit and credit cards have been changed. The Reserve Bank of India’s (RBI) card-on-file (CoF) tokenization norms came into effect on 1st October 2022. RBI’s CoF tokenization aims to improve the payment experience of cardholders.

Senior Indian Police Service (IPS) officers Sujoy Lal Thaosen and Anish Dayal Singh have been appointed as the new director generals of the Central Reserve Police Force (CRPF) and Indo-Tibetan Border Police (ITBP) respectively.
Thaosen’s scheduled retirement is in November this year, while Singh will superannuate in December 2024. The order for their appointment was issued by the Personnel Ministry after sanction from the Appointments Committee of the Cabinet (ACC) headed by the prime minister.

Elon Musk, the CEO of Tesla, unveiled a model of the humanoid “Optimus” robot, which uses some of the same Artificial Intelligence (AI) software and sensors as the Autopilot driving assistance system in Tesla vehicles. At Tesla AI Day 2022, which was held to show off how far the company’s research into autonomous robots and vehicles had progressed, Optimus was unveiled.

Maharashtra and Tamil Nadu had the highest numbers of foreign tourist visits, with 1.26 million and 1.23 million, respectively in 2021. The over 280-page report titled ‘India Tourism Statistics 2022’ was released by Vice-President Jagdeep Dhankhar on World Tourism Day at Vigyan Bhawan in New Delhi.

The Nobel Prizes 2022 for medicine or physiology was awarded to Swedish geneticist Svante Pääbo. Svante Pääbo was given the award “for his discoveries concerning the genomes of extinct hominins and human evolution,” the Nobel Prize committee. Considered the most prestigious prize in the scientific world, it is awarded by the Nobel Assembly of Sweden’s Karolinska Institute and is worth 10 million Swedish crowns ($900,357).

In Bengaluru, the Open Network for Digital Commerce (ONDC), a technology similar to UPI that promises to democratise access to the internet for small enterprises, went live with its beta test. Consumers will be able to sample the new platform during the beta test, which will also allow for the gathering of insightful feedback.

Light combat helicopter (LCH) introduced in IAF base at Jodhpur